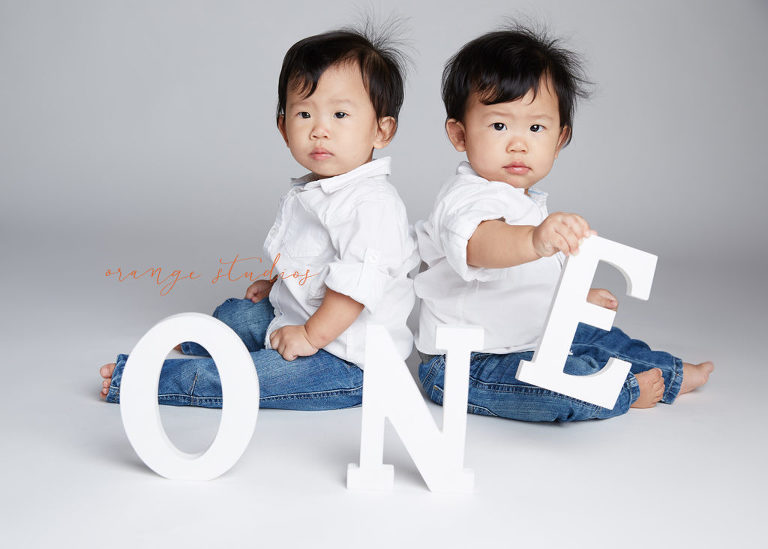 When we knew that we were gonna have a pair of twins coming for their Cake Smash photoshoot at our studio, we were so excited. Why? Because they were the first set of twins we were going to do a Cake Smash session with! Cake Smash for one baby has always been fun. Cake Smash for two babies? Double the fun, you bet! ;) 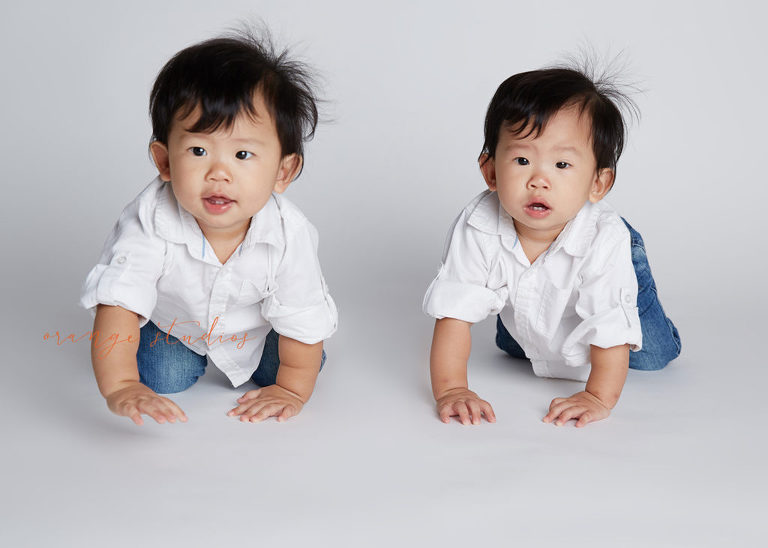 As usual, we warmed the babies up with their regular portraits. 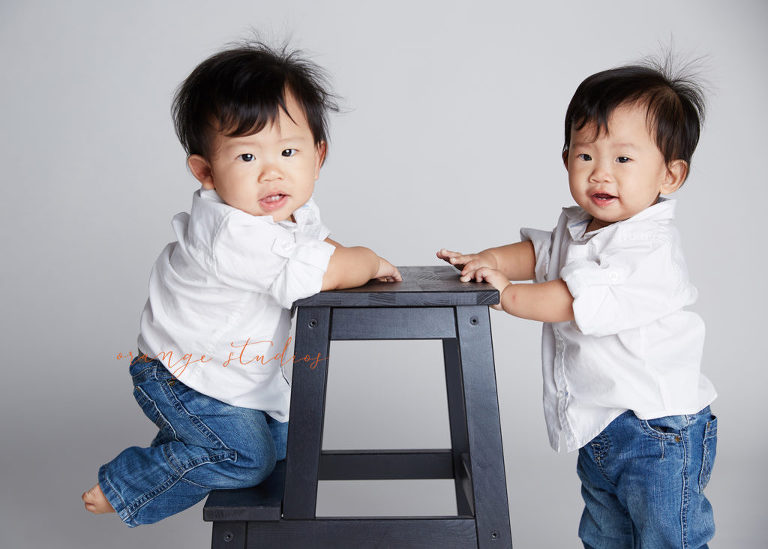 They were really in love with our black stool! You’ll see more of it later on. ;)

O for Evan, and E for Evan.

By now, you would have realised that Evan and Owen are identical twins. When they first stepped into our studio, we were truly amazed by how similar they looked! I have to admit that I was a tad worried about how to tell them apart, especially amidst all the usual “chaos” there would be during a photoshoot session with babies. :p It was definitely important to be able to tell them apart – and it had to be instant because things are gonna get fast-paced when you work with children – so that we could get the boys’ attention and also properly keep track of the shots.

Thankfully for us, their mummy provided us with some tips e.g. Evan was slightly bigger in size. And one of them had a small cut on his nose that day, so it made differentiating between them an easier task. 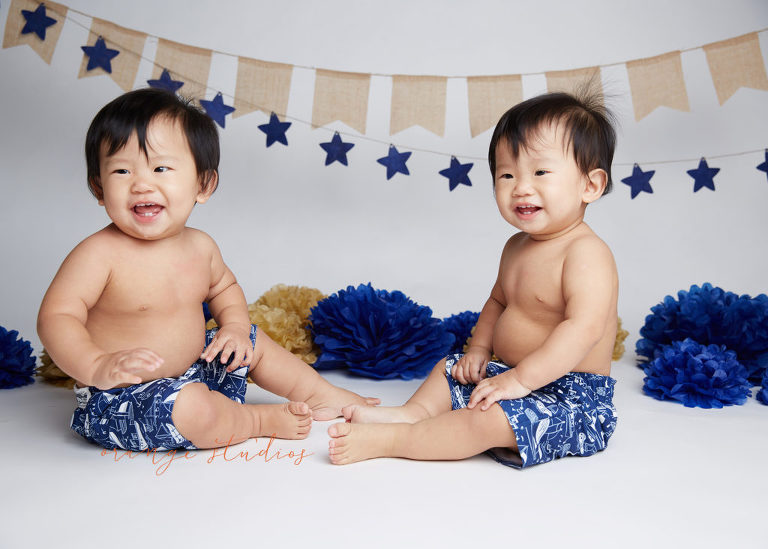 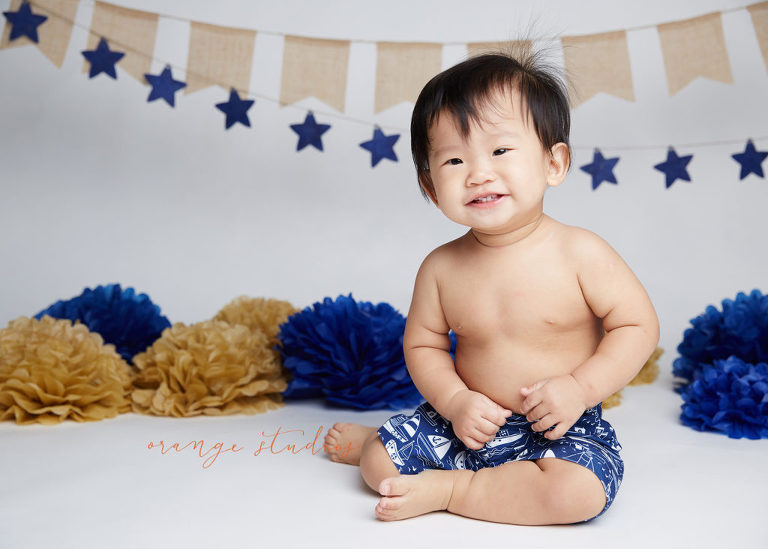 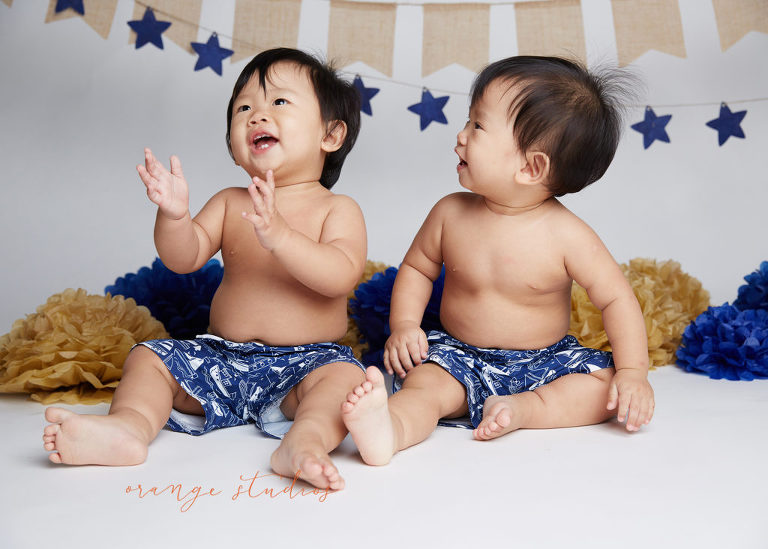 If you’re happy and you know it, clap your hands. 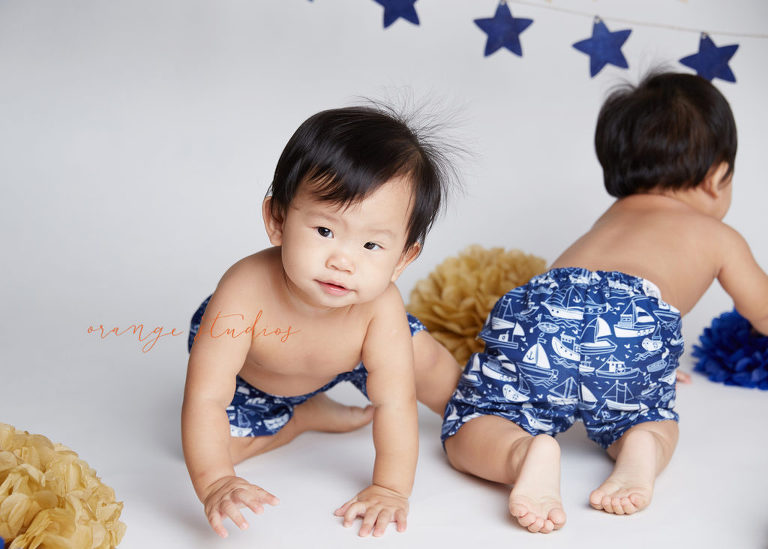 Just roaming around and getting used to the set. ;) 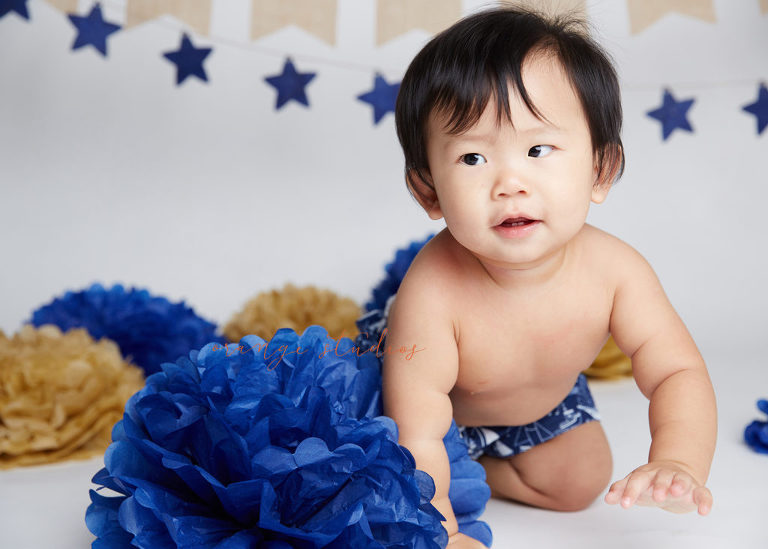 And here comes the time for their Cake Smash… 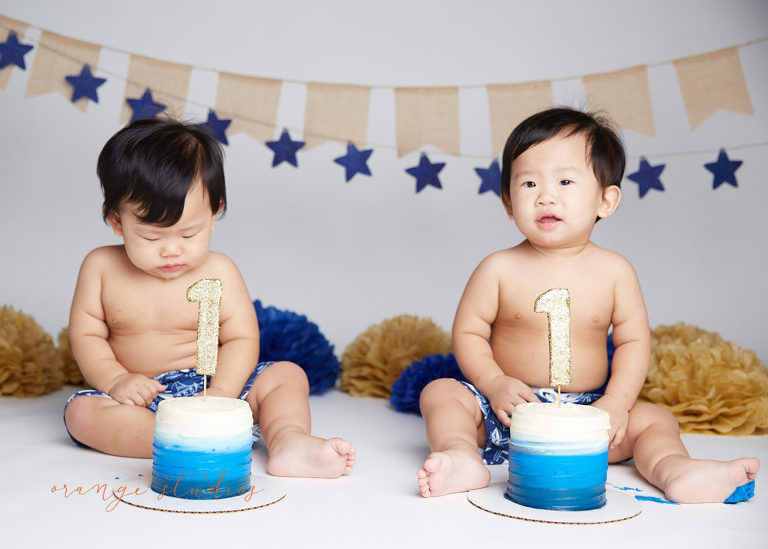 Hmm, wonder how both of them will react to their very first encounter with cake? 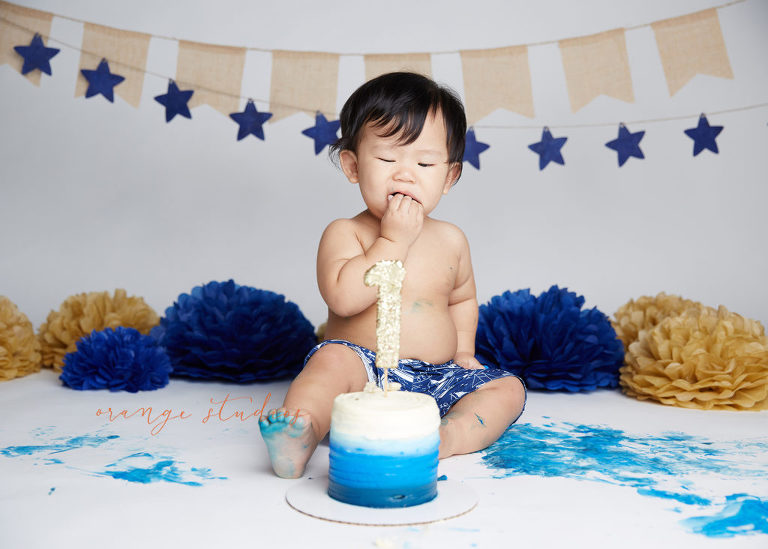 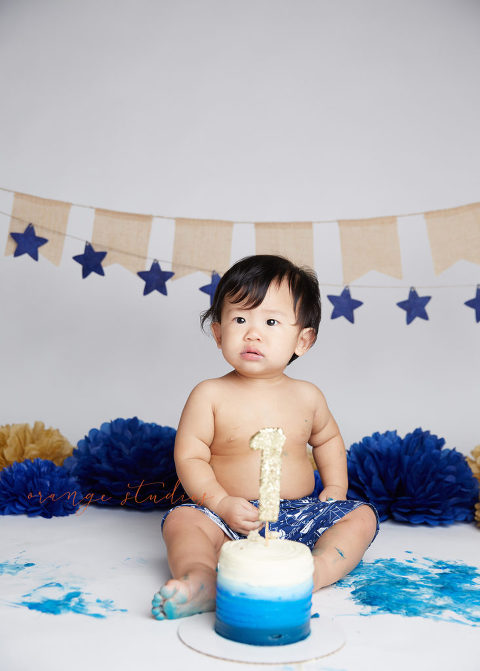 And he suddenly looks worried. Haha, most babies seem to think that cake smashes are too good to be true! 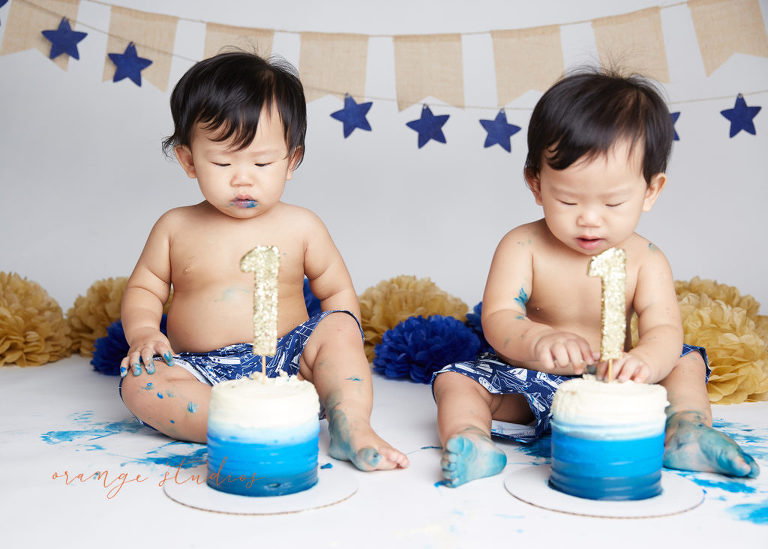 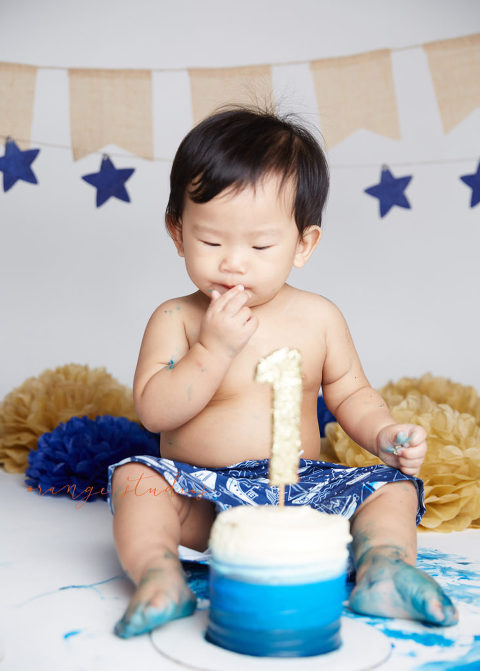 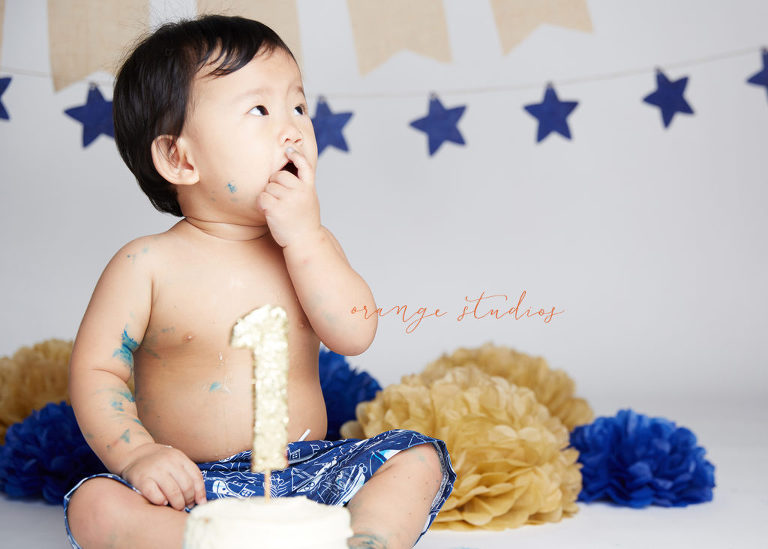 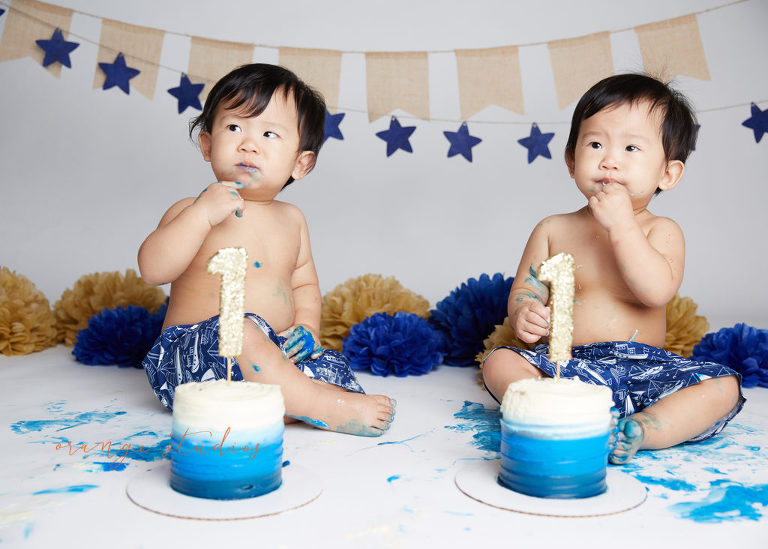 It’s funny how Evan still has that look of scepticism on his face, haha. Well, it never hurts to be extra careful, right? 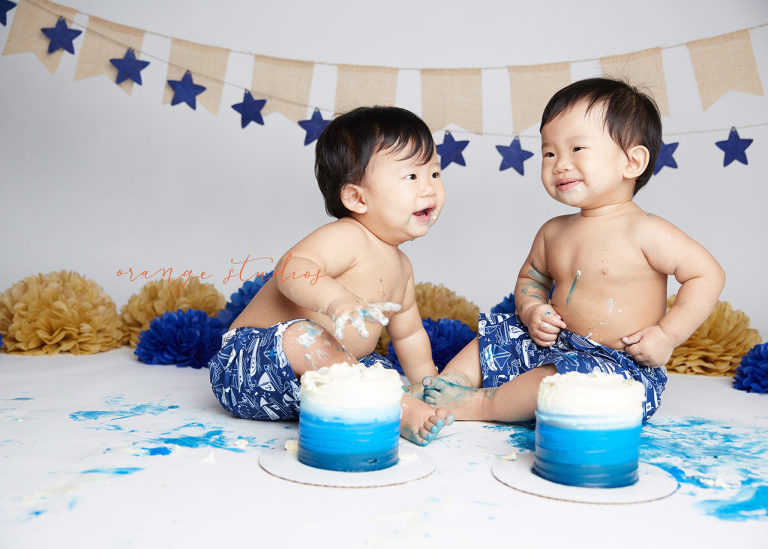 Oh, we love how happy the twins are in this photo! And Owen probably doesn’t realise what’s in store for him next… 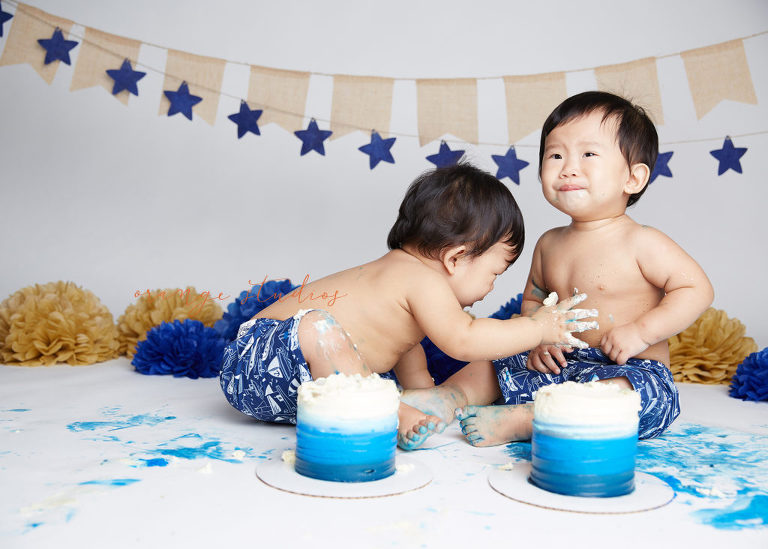 Owen receives a complimentary body painting from his brother Evan! Haha, the things that siblings do to each other. 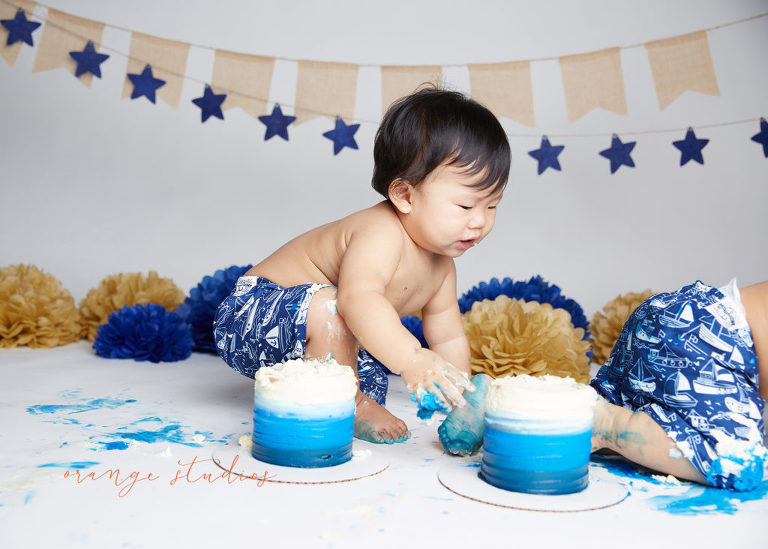 Owen apparently doesn’t enjoy the “body painting” and attempts to escape, with Evan hot on his heels. :p Such an adorable pair of twin brothers! 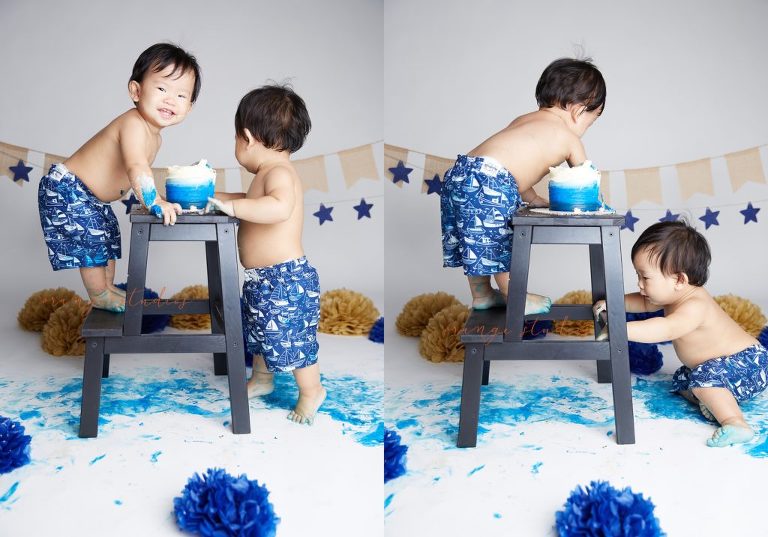 There, they really enjoy playing around our black stool, don’t they? See how they are each so busy with their own things. It’s fascinating how kids can get occupied with the simplest things. (Note: This segment is closely supervised with adults just right behind them. Safety first, always!) 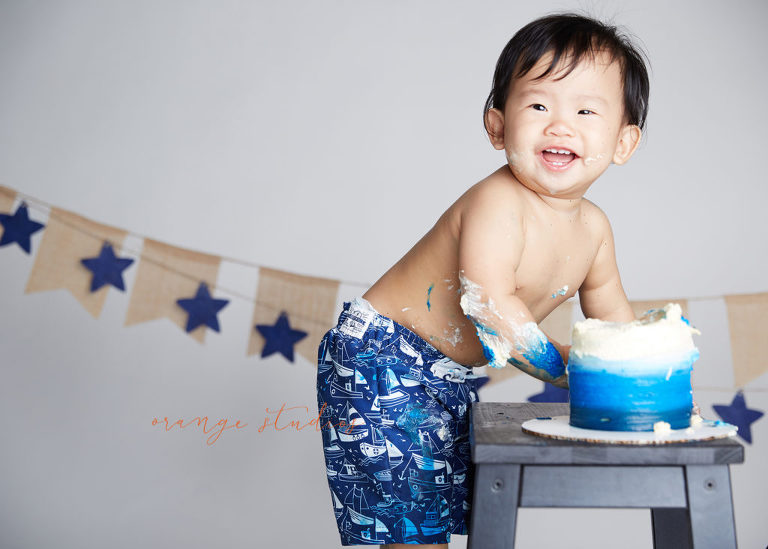 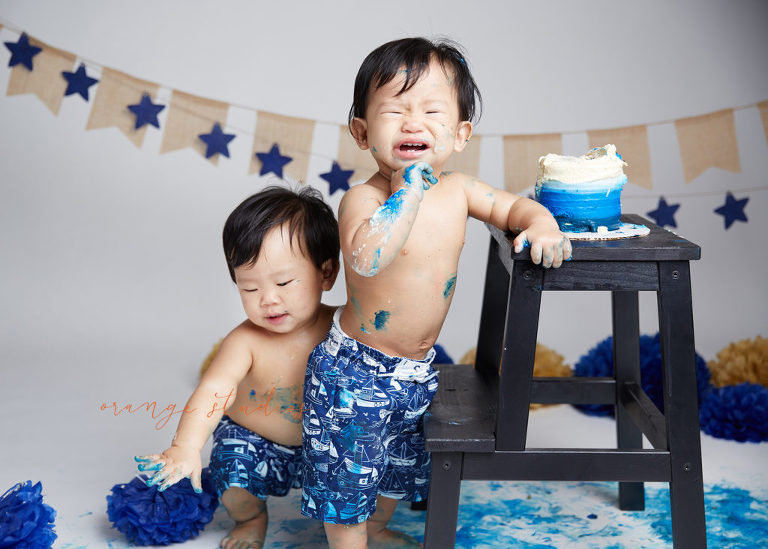 And when the session is finally over…

We hope you have enjoyed viewing this happy collection of Cake Smash portraits as much as we have photographing this lovely pair of brothers. Cake Smash sessions are truly one of our favourites to do, because they showcase the personalities of babies while allowing them to have fun. Definitely a unique way of celebrating your little one’s wonderful one year old milestone!

To know more about how your baby can enjoy his/her very own Cake Smash photoshoot session at our studio, give us a call at 8606 6950 – we would love to chat with you.

First family portrait as a family of 4.

Welcome to the world, baby.

Everyone is definitely so excited with the arrival

First family portrait as a family of 4.

Welcome to the world, baby.

Everyone is definitely so excited with the arrival